Ketogenic Diet and Cancer : Everything you need to know 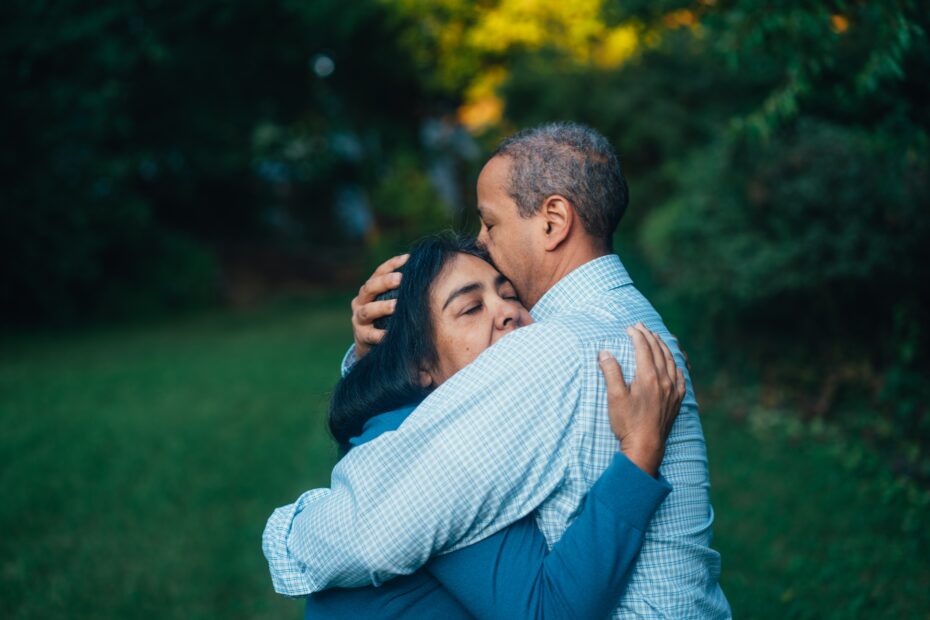 In the past few years, the most valuable research regarding the low-carb ketogenic diet has been in the field of cancer treatment.

A lot of ketone drugs that mimic the effects of the diet are in the process of formation due to constructive research regarding this diet.

The main purpose of developing these drugs is that following and maintaining the ketogenic diet is difficult. So, with a generation addicted to processed sugar and carbs, it is easier to take a pill than following the diet.

How keto diet is being used to treat diseases

Nowadays, keto diet is used to treat many diseases including Alzheimer’s along with cancer.

There are many successful stories of people healing cancer naturally. The ketogenic diet is frequently used to treat refractory epilepsy in children and it can also target energy metabolism in brain tumors when administered in restricted amounts.

In 1923, Otto Warburg, a biochemist form Germany hypothesized that a dysfunctional metabolic process is the primary cause of cancer that allows the cancer cells to consume large amounts of glucose.

The theory was considered controversial until the last decade when his theory sparked a new interest in the treatment of cancer using a low-carb high-fat diet. His theory known as The Warburg Effect claims that cancer cells specially absorb an excess of glucose and convert it to lactate for energy production.

The dependence of cancer cells on glucose allows oncologists to locate tumors within a patient’s body using positron emission tomography. They’re also able to trace where the highest amount of glucose is being consumed by mixing the radiolabeled dye with glucose.

With more scientists and clinicians looking for effective and advanced treatment alternatives for cancer patients, the idea of treating cancer with keto diet developed.

Due to low carbohydrate caloric breakdown, the ketogenic diet forces the body into starvation mode.

This mode causes the glucose to be utilized within the body and forces the body to switch to an alternate energy source that is suitable for the heart, muscle, and brain cells. But this source of energy does not meet the high energy demands of tumor cells.

With the help of nutritional manipulation, the body can starve tumor cells while preserving its other tissues through compensatory mechanisms.

There has been a lot of research in the past few years concerning the treatment of cancer with ketosis.

With the first publication in 1995, the theory has been tested on a case-by-case basis with the help of two young patients with high-grade brain tumors.

They were receiving medium-chain triglyceride based ketogenic diet therapy. Both patients were unresponsive to standard treatments and the tumors were expected to be fatal.

The results revealed that both the patients experienced long-term tumor management under dietary treatment without further chemo- or radiotherapies. Doctors were able to determine using PET imaging that the patient’s tumors were definitely consuming less glucose and ultimately shrinking in size. (1)

READ Related Article:  Carbohydrate Digestion: How are Sugars Digested by the Body

Another study reported the delayed growth of human gastric cancer cells in nude mice. It was accomplished by using ketogenic diet supplemented with medium-chain triglycerides and omega-3 fatty acids. 24 female nude mice were injected under the skin with gastric adenocarcinoma tumor cells. The mice were then arbitrarily split into two feeding groups.

They were fed either a ketogenic diet or a standard diet without restraint. The two diets are compared based on the survival time and tumor growth. The results displayed that the application of unrestricted omega-3 fatty acids and MCT-enriched ketogenic diet delayed the growth of tumor in a mouse xenograft model. Additional research is required to address the impact of this diet on other tumor-relevant functions. Source: (2)

Being the second leading cause of death in children, malignant brain cancer also continues to persist as the major cause of mortality in adults.

The therapies used nowadays for malignant brain tumors does not provide long-term management of the disease as they negatively impact the health and vitality of normal brain cells due to the ineffective targeting of the tumor cells.

Normal brain cells can utilize both glucose and ketones for energy demands, whereas the brain tumor cells depend mostly on the glucose for survival and lack metabolic flexibility.

A study took place to evaluate the efficacy of KetoCal against vascularity and growth of a malignant mouse astrocytoma and a human malignant glioma.

When administered in limited amounts, KetoCal has anti-angiogenic and anti-tumor effects in experimental mouse and human brain tumors. The beneficial effects produced by KetoCal for brain cancer was mainly due to a decrease in total caloric content.

Due to this reduction, the circulating glucose needed for rapid tumor growth also reduces. The minimal growth of brain tumors on either a ketogenic diet or a standard-restricted diet is mostly due to a dependency on glucose for energy along with flaws in ketone body metabolism. The study specifies the restricted use of KetoCal for safe and effective diet therapy and recommends its use an alternative therapeutic option for the management of malignant brain cancer. Source: (3)

Dr. Dominic “Dom” D’Agostino is a very popular name in the field of developing and testing metabolic therapies, as well as ketogenic diets, ketone supplements and ketone esters to induce therapeutic ketosis.

Being an Assistant Professor at the University of South Florida College Of Medicine, he is also a Senior Research Scientist at the Institute for Human and Machine Cognition (IHMC). He tests and develops metabolic therapies for epilepsy, seizures, brain cancer, neurodegenerative diseases, and metastatic cancer.

His research and findings suggest that it is possible to kill the cancer cells through non-toxic methods along with the traditional treatment pathways. His research seems to be promising because the toxic nature of chemotherapy and radiotherapy produce harmful side effects, particularly when the body’s immunity to the disease has already been greatly compromised. More and more research is showing the beneficial effects that ketogenic diet can produce through enhancing the effects of treatment by conventional means.

The ketogenic diet has the ability to make chemotherapy/ radiotherapy treatment to function in a more efficient way, and it lets the cancer cells starve of the fuel they need to grow and proliferate. The source link will direct you to the page containing all his research. You can visit the page for more details. Source: (4)

In 2010, a case report of a 65-year-old woman was published from Arcispedale Santa Maria Nuova hospital in Italy.

The woman presented with progressive memory loss, nausea, chronic headaches, and a multi-centric tumor of the right hemisphere seen with (MRI).

Considering her condition, she was immediately started on the standard treatment along with a restricted ketogenic diet. With this combination, the woman experienced a complete remission of her tumor, which was verified through MRI and PET imaging. But the tumor recurred when the ketogenic therapy was suspended.

The findings of the research were all in agreement to other published reports of cancer patients receiving a ketogenic based therapy for treatment. After continuing the treatment for two months, there was no noticeable brain tumor tissue detected through FDG-PET or MRI imaging and 20% of patient’s body weight was reduced.

A reduced level of blood glucose and elevated levels of urinary ketones were demonstrated by Biomarker changes. The evidence of tumor recurrence was found through MRI after 10 weeks of suspension of strict ketogenic diet therapy. Source: (5)

Another research was conducted by Dr. Eugene Fine, in 2012. It was a 10-patient pilot study conducted at the Montefiore Medical Center in Bronx, N.Y. All of the patients had advanced cancers and they agreed to pursue a restricted ketogenic diet that was limited to less than 50 grams of daily carb intake, for 28 days.

The outcomes of the research indicated that 6 of the 10 patients responded well to the ketogenic diet. The results showed that their cancers stabilized or displayed partial remission. It was also concluded by Dr. Fine after the research that the ketogenic diet can be a very effective tool to manage malignant brain cancer. Source: (6)

Other than Dr. Dominic “Dom” D’Agostino, another renowned personality in this area is Dr. Thomas Seyfried, a Ph.D. brain cancer researcher and a professor of Biology at Boston College with over 25 years of experience in the field.

He published a groundbreaking treatise entitled, Cancer as a Metabolic Disease: On the Origin, Management, and Prevention of Cancer. In his publication, he lays out 400+ pages of dense scientific evidence along with 1740 references, and dozens of charts and graphs to make his case.

He makes his compelling argument that cancer is not caused by genetic mutations and it is a mitochondrial disease that be treated with a ketogenic diet. Experts in the cancer research field have admired this comprehensive study and regarded it as one of the science’s hottest topics. Source: (7)

READ Related Article:  Why Do We Get Fat?

Cancer is not a collection of unrelated diseases, according to Dr. Seyfried, and that it doesn’t needs to be treated individually.

He says that cancer is single mitochondrial disease and the unhealthy mitochondria prefer glucose and glutamine as a source of energy. The blood glucose lowers as a result of limiting the food intake and the insulin and IGF-1 levels will also lower, calming the tumor-driving genes.

This shows that fermentation sputters and it becomes difficult for tumors to engage new blood vessels and as a result the tumor growth slows. For the treatment, he recommends a specially-formulated low-calorie ketogenic diet that comprises of 80% fat, and the remaining 20% being made up of protein and carbohydrate.

The diet contains enough protein for your cells to function properly and it forces your cells to burn fat for energy. The protein percentage in the diet should be monitored because excess protein results in excess amino acids, and glutamine is also an amino acid that cancer cells like.

The ketogenic diet does have to contain any carbohydrate but according to Seyfried, significant amounts of carbohydrate are acceptable as long as the total calories are kept low. Because the blood glucose levels respond more to calorie intake as compared to carbohydrate intake.

While more research is required in this field, especially based on humans, the ketogenic diet seems promising, and although it may seem unpleasant and restrictive due to the limited carbohydrate intake, there is a wide range of beneficial outcomes that can be obtained using this miraculous diet.

A low-fat vegan diet is believed to be the healthiest diet for cancer. But as soon as the chemotherapy starts exhibiting its scary side effects causing rapid weight loss, the patients are told to consume whatever they can to maintain their strength and manage their calorie intake—which might include carbohydrate-rich comfort foods.

The bottom line is that diet in the life of a normal person clearly makes a huge difference, but the ideal diet is not known for the treatment of cancer. At this point, there is no doubt that carbohydrates are bad for cancer, but it is unclear to what degree fat, protein, and calorie needs to be restricted. We need more studies regarding the treatment of tumors with the diet because it seems that ketogenic diets have tremendous potential and it can save a lot of precious lives. 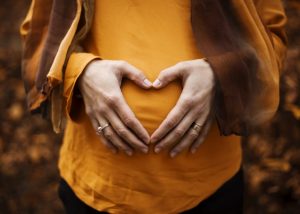